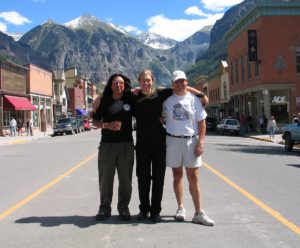 My first visit to  Telluride, Colorado  was twenty years ago when I competed in the Telluride Blues and Brews Festival‘s Acoustic Blues Competition.  Although I finished in 2nd place, my performance did not go unnoticed as the festival director and founder, Steve Gumble, booked me for a main stage performance the following year.  This began a special relationship with this glorious mountain town.

Year after year I would return to perform many shows at  a variety of venues.  One year we opened for G. Love and Special Sauce on the side of a ski run.  Another year we played an election day party at the Sheridan Opera House.  Another year we performed for a wedding reception in a sublime mountain pasture which was nearly impossible to drive to. 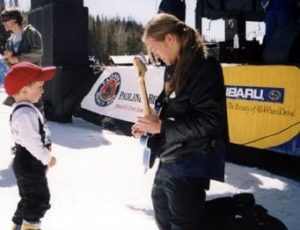 12 years in a row I performed at the Telluride Blues and Brews Festival in one capacity or another whether it was on the main stage, side stage, or as a tweener – the act that plays in between the main acts while the stage crew sets them up.  Some of my favorite artists at this festival including, John Mayer, Robert Cray, BB King, Jonny Lang, James Brown, Al Green, and so many others.

I’m sure you’ve already deduced that  my song “Telluride” is a little ode to this lovely place where I’ve spent so many enjoyable hours of escape.  If you ever have a chance to visit I highly recommend you do.

Until then, enjoy my song “Telluride” from my latest album, In The Meantime.